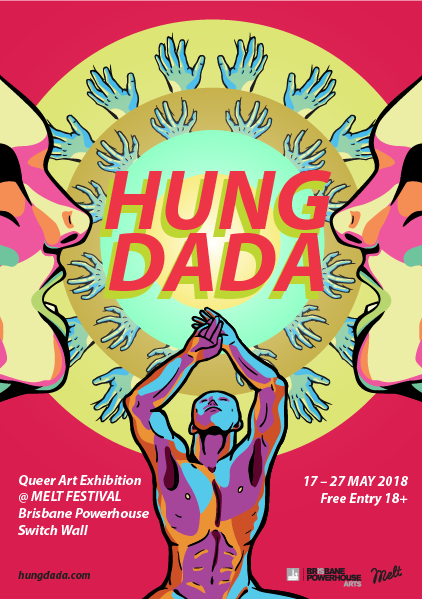 Hung Dada is a solo art exhibition by Ethan Waghorn which premiered at Jugglers Art Space in Brisbane, AU on 21st January 2017.

Hung Dada is a series of vector art portraits of male figures in bold, vibrant colours. Each piece exaggerates a different part of the male body, overtly sexualising the subject beyond its physical limitations.

The juxtaposition of aesthetically pleasing yet unsettling imagery is at the core of Hung Dada.

From the eroticised figures with gross dysmorphia that arouse and disgust, to the complimentary colours that unify and contrast, Hung Dada is an obscene exploration of society's conflicting perceptions of sex. These conflicts are amplified in the exhibition space by means of animated lighting effects that interact with the prints to generate an unsettling yet hypnotic experience for the viewer, energising the subject matter with an intensity that can’t be avoided. 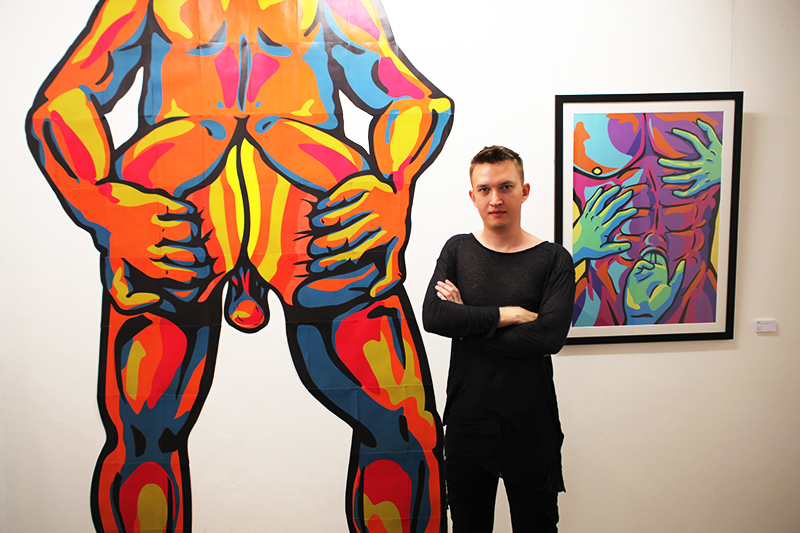